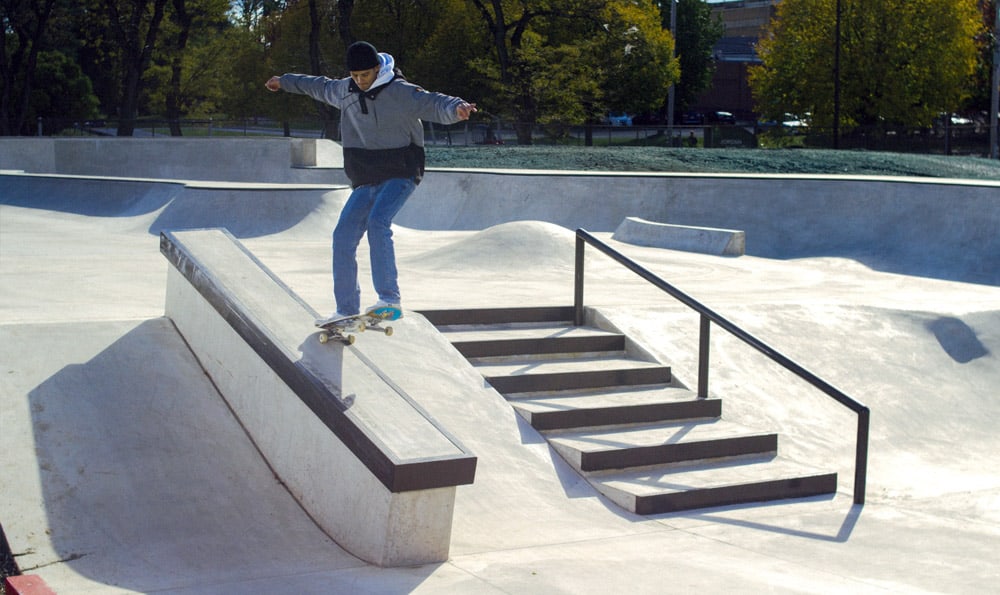 Jordan Park Skatepark is an 18,000-square-foot outdoor concrete skate park located in Allentown, Pennsylvania that completed its first phase of construction in 2021.

The Jordan Park Skatepark is slated to be built in two separate phases by two separate design and construction teams. One phase was designed and constructed by Spohn Ranch whereas the other by Grindline Skateparks. According to local skaters, the second phase of the project has yet to begin construction.

The Jordan Park Skatepark has been kind of a work in progress due to the fact that they split the construction of the park into two different phases. Local skaters have reported that the second phase of construction has yet to begin.

When the park is 100 percent complete there will be two different bowls for skaters to choose from. There is one longer mini-snake run type of bowl with a half-moon deep end at the far end and a shallower elongated section that skaters can go back and forth through pulling off tricks and gaining speed before they hit the deep end.

The secondary bowl has a rounded mummy kind of shape with a sharp circular pocket at the head of the bowl. The secondary bowl actually sits next to and above the elongated bowl so a skater could pop out, fly down one of the banks on the side of the bowl and drop directly into the snake run.

Once you leave the bowl section of the skatepark, immediately you will find a small volcano, a spine, a set of rollers, two low-sitting flat rails, a handrail, and a set of rollers that all lead to a large quarterpipe with two extra tall vert walls. At the north end of this section, there is also an additional handrail and a ledge if you wish to avoid the quarterpipe and skate on into the larger street plaza section.

This larger street plaza section has numerous street elements as well as a mini-ramp half bowl, and a quarterpipe with a vert wall in the middle. There are also two different roll-in spots on opposite sides of the street plaza where you can get some speed, pump a little, set your feet, and choose between two different grind boxes, a small funbox with a handrail, a free-standing handrail, a couple of ledges, and a rounded-off volcano. There is also plenty of open space with smooth concrete for skaters wanting to practice their freestyle tricks or work on basic skills like kickflips and heelflips.

The skatepark is technically open to all skaters from sunrise to sunset, however, if there is no snow, many skaters will skate past sunset in the winter months when the sun sets at 5:30 pm. There are some lights, however, there has been some confusion with city officials about when the lights will be operational so skaters can skate later in the day.