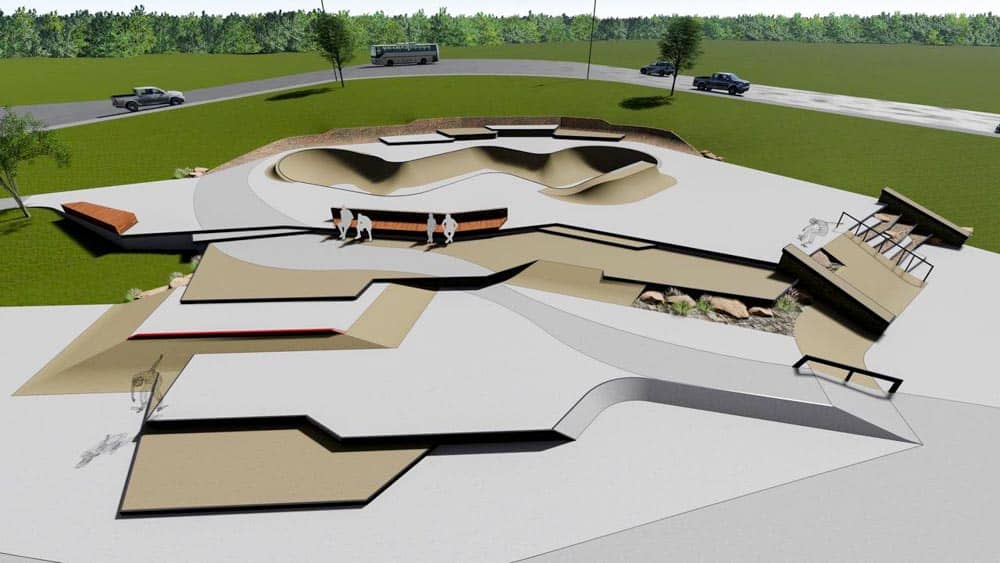 Sioux Falls Skatepark is a 30,000-square-foot outdoor concrete skatepark planned for completion in Sioux Falls, South Dakota in 2023. The skatepark’s plans called for a bowl and an expansive street plaza.

The skatepark will be located in the town’s Nelson Park, near the corner of 10th Street and Cliff Avenue. Construction on the park is expected to begin in the spring of 2023 and the park is slated to open in September 2023

Designed by New Line Skateparks’ lead designer Kanten Russell, the park’s layout is influenced by the nearby falls of the Big Sioux River, with the various terraces of the park mimicking the rock formations at Falls Park

Souix Falls Skatepark ark will include a flow bowl with sections ranging in depth from 4 feet to 7 feet. The zigzagging bowl, which resembles a snake run with its many hips and corners, will have extensions, pool coping in places, and a cradle at one end.

The street plaza will be huge and packed with features, including stairs and banks with handrails and hubbas, numerous ledges, flat rails, manual pads, a Euro gap, and much more.

Here’s a video simulation of a fly-through of the proposed park:

The skatepark was made possible through the advocacy and fundraising of the Sioux Falls Skatepark Association which lobbied local officials and raised money from private sources for the park to augment government funding. The group originally had a goal of $500,000 but well exceeded that amount.