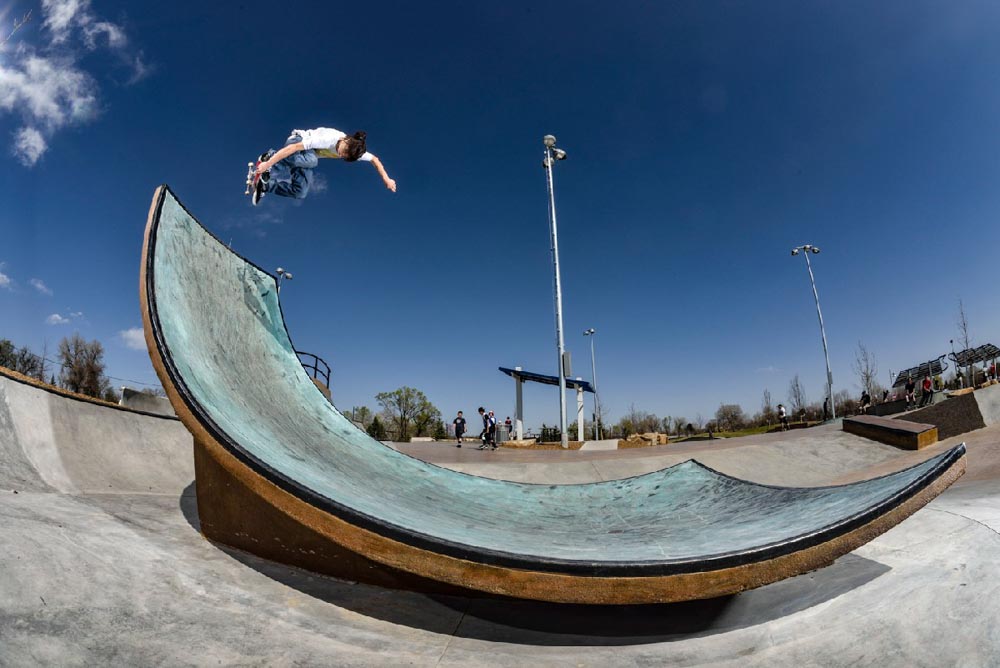 One of the largest skateparks in Colorado, Arvada Skatepark was designed and built by the OG skatepark company Team Pain and completed in 2012.

This park stands out for its size and number of features as well as some unique elements, including a massive snake run.

Arvada has two stand-alone enclosed bowls: a T-shaped vert bowl and a keyhole-shaped mini bowl. There is also a deep bowl and mini-bowl at the top of the snake run. The shallow end of the snake run has an over-vert capsule with a door in the middle.

Also near the shallow end of the snake run is a squarish flow bowl with all sorts of extensions and outcrops. There’s even a pump bump in the flat.

The street plaza is large and creative. There are multiple levels, connect with banks and steps with handrails and hubbas. There are numerous hips, banks, quarter pipes, and other carvable, airable elements.

Team pain added a number of artistic flourishes here, including scalloped banks and a wave-like structure that looks like one of those public sculptures that skaters love to abuse.

This video provides a good overview of Arvada Skatepark: