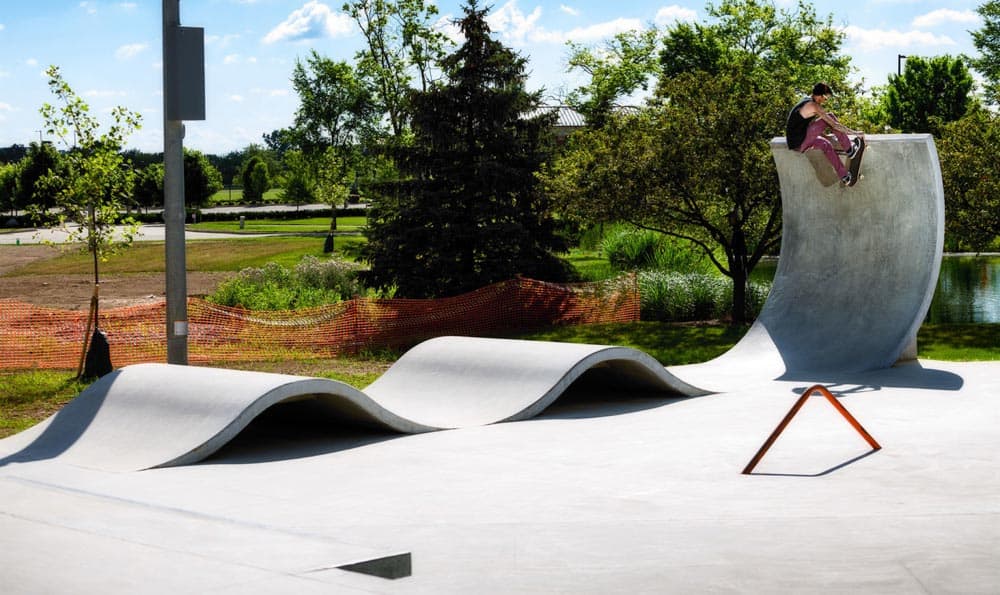 The Dublin Skatepark, also known as the Coffman Park Skatepark, is a 14,000 square-foot outdoor concrete skatepark in Dublin, Ohio that first opened in 2016. The park includes a flow bowl and a street plaza.

Dublin Skatepark is located in the northwestern Columbus suburb of Dublin, Ohio located near Interstate 270 and Highway 33. The skatepark is positioned between the Dublin City Hall and the Dublin Police Station adjacent to Emerald Parkway.

The park was designed and constructed by the Spohn Ranch team and opened in 2016. Before the Coffman Park Skatepark, Dublin was home to another park that was constructed in early 2000.

The new park features a large flow bowl with a hip and capsule and a street plaza that includes multiple hubbas, kickers, stairs, ledges, manual pads, and grind rails.

There is also a skateable structure sculpted into the shape of a wave with two small rollers followed by a large over-vert wall.

Many of the residents of Dublin and neighboring towns and cities took full advantage of the skating opportunities that this older park offered. However, the park had its issues and skaters began to take notice of many of the design flaws of the original park and some of the awkwardness that the park’s layout presented.

When Spohn Ranch was offered the opportunity to help the city of Dublin design and construct a brand new modern skatepark, the Sohn Ranch team made it a priority to listen to the local skater population and get their input on the project.

The Dublin City Council held two input sessions where the residents and skaters of Dublin and the surrounding communities were able to voice their opinions about what the new park should look like and what was wrong with the old park.

The Spohn Ranch team was in attendance to take careful notes and to try to incorporate as much of the input as they could into the new park design.

The result was a diverse new skatepark that embraces a strong balance between transition-style terrain and street-style obstacles.

The main focus was to create a skatepark that had something for every style of skateboarder and for every skill level. Additionally, the Spohn ranch team wanted to address the awkwardness that skaters had previously felt when skating in the old park by giving them a skatepark design that had a natural flow and a pleasing geometry. 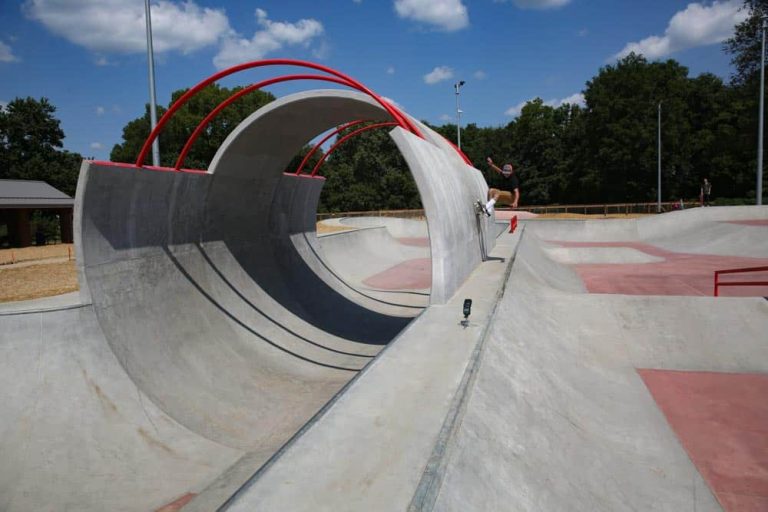 Everett Skatepark is a 15,000 square-foot concrete skatepark in Newark, Ohio, that features bowls, a full pipe, and a large street plaza.

Weghorst Skatepark is a concrete skatepark in Portsmouth, Ohio, that features a street plaza, mini ramp, and flow bowl.