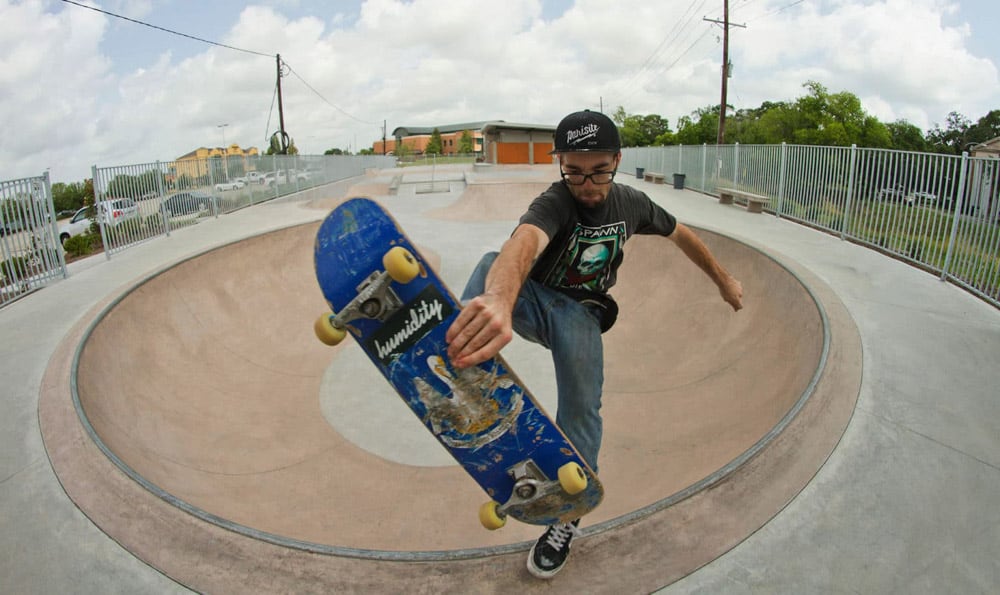 The Houma Skatepark, also known as the Fireman’s Skate and Bike Park, is a 15,000-square-foot outdoor concrete skate park located in Houma, Louisiana that first opened in 2015.

The Houma Skatepark has a nice elongated shape to it that contains a large open-bowl/mini-snake run section and many street elements including rails, stairs, hubbas, ledges, and more.

The layout of the Houma Skatepark is a skateboarders dream if they are looking to throw together some sick runs where they can put together a serious of tricks that hit on an array of different elements. The entire park has a natural downward slop that can help skaters keep up their momentum without the need to pump continuously.

If you are looking to throw together a sick run, you may want to consider starting off at the top of the park where you will find a solid wide quarterpipe with an extra tall vert wall in the middle. You can drop in on the centralized vert wall or choose one of the smaller quarterpipes on either side of the vert wall.

From there you will find a series of downward slopes that contain additional manual pads, flat rails, hubbas, and a nice set of stairs with a handrail that goes directly down the center.

All of this momentum built up from the street plaza and its downward slope all lead into the bottom end of the skatepark where you will find a nice mini-snake run with an open bowl. Some skaters love to simply spend most of their time cruising the walls of the open bowl while others find that the mini-snake run is like the desert at the end of a satisfying meal once they launch themselves out of the street plaza section.

The Houma Skatepark is also called the Fireman’s Skate and Bike Park because of a man named Jerry Gautreaux who was a firefighter in the community of Houma. He grew tired of the city always demonizing skateboarders while not giving them a place of their own to practice their skills. This is why he would often open the parking lot of the local fire station to local skaters who were free to skate without being harassed by police or city officials.

When Jerry passed away in March of 2010, he left $10,000 to be used toward the construction of a new skatepark in Houma. Soon after that $10,000 gre with contributions from private donations and money from the local parish and the Houma Skatepark was built in Jerry’s honor. 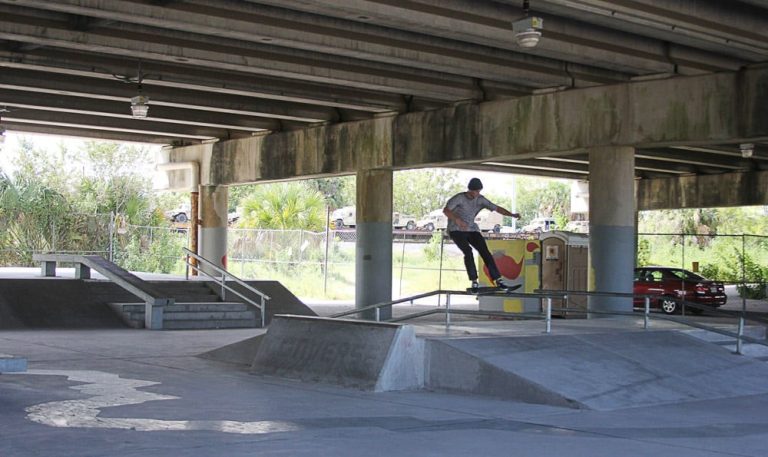 Parisite Skatepark is a 6,000-square-foot outdoor concrete skatepark in New Orleans, Louisiana that first opened in 2014.