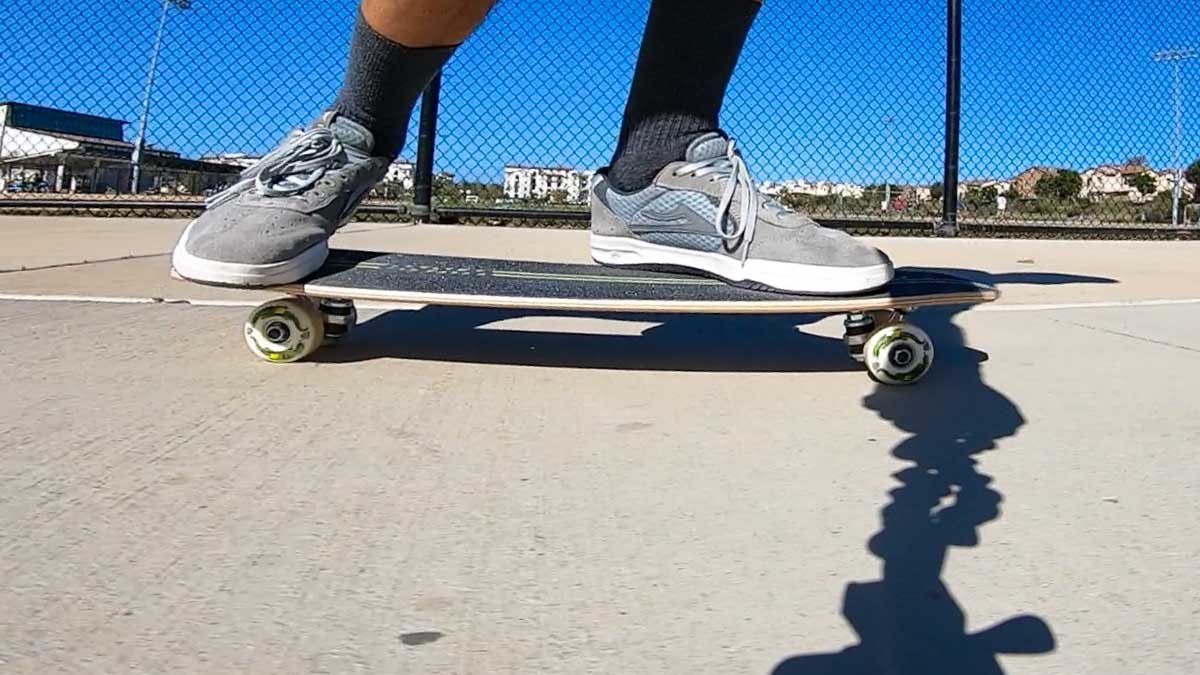 A few weeks ago, an old skater friend who was visiting me gave me a polarizer deck from The Heated Wheel, founded by skate legend, Neil Blender. “Thanks,” I said, “but what’s a polarizer?”

I’ve since gotten up to speed on the basics of the boards. Polarizers are retro-style skateboards with narrow decks and trucks that harken back to the 1960s and 70s but are set up with some modern components. The boards typically are set up with either very narrow skateboard trucks or rollerskate trucks, such as Sure Grip trucks.

From what I’ve read, Blender coined the term “polarizer” to describe the boards, due to the fact that he thought they would be polarizing, people would either love them or hate them.

What makes a skateboard a polarizer?

As far as I can tell, a polarizer setup isn’t that different than a narrow cruiser board, with several of notable exceptions:

Modern cruiser skateboards tend to be on the wider side. Polarizers are more akin to the narrow decks that skaters road in the 60s and 70s. Pictures those boards they used to run flat slalom races on and you are in the ballpark.

Polarizer decks sometimes (but not always) have a nose and deck that curves down, the opposite of modern skateboard decks. My understanding is that this makes for a more ideal flex when carving the boards.

Some of the earliest skateboards were simply decks with rollerskate trucks and wheels mounted on them. Polarizers are mounted with very narrow trucks, which gives them a distinct feel. I picked up some Sure Grip trucks for mine, a brand of vintage-style skateboard trucks made by a rollerskate company.

The deck my friend gave me was DYOH – drill your own holes. The idea is that you can use whatever trucks you have on the board, and pick you’re own wheelbase. The Sure Grip trucks that I used have mounting holes that are smaller than those of a modern skate deck, so I had to find custom mounting hardware at Home Depot.

So why bring back a style of skateboard that was replaced by more functional decks. After riding a polarizer for a few days, I think I’ve got it.

Basically, the early narrow skateboards were fun to ride, but some of the components were craps. The earliest wheels were made of steel or clay, for instance, which were…well…awful.

My brother had a skateboard with a half-inch thick wood deck and steel wheels that to my recollection was nearly impossible to ride. The advent of urethane wheels, with their cushion, grip, and durability, made skateboards much more fun

A polarizer lets you experience what it was like to ride an early skateboard, but with modern components such as springing decks, fast bearings, and springy wheels. It’s a new way to experience skateboarding by riding and a semi-old-fashioned setup.

“Polarizers are hot, dude. It’s basically a skateboard,” Blender said in an interview with skate photographer Grant Brittain. “It’d be like if skateboarding continued without anything getting wider.  Like when roller skates came out, that’s how it happened. People cut up roller skates. That’s all we’re doing. And now with all the good equipment, the good urethanes, it makes it so rad. The fast wheels, the bearings, the bushings, it’s all about bushings, dude— and pivot bushings! It all ties together.”

For someone like me, who’s been riding skateboards for over 35 years, it’s hard to find something novel in the skateboarding universe. Neil Blender’s genius (one of many examples) was to mash together the old and the new to make something novel.

Here’s a cool video of him riding a polarizer: 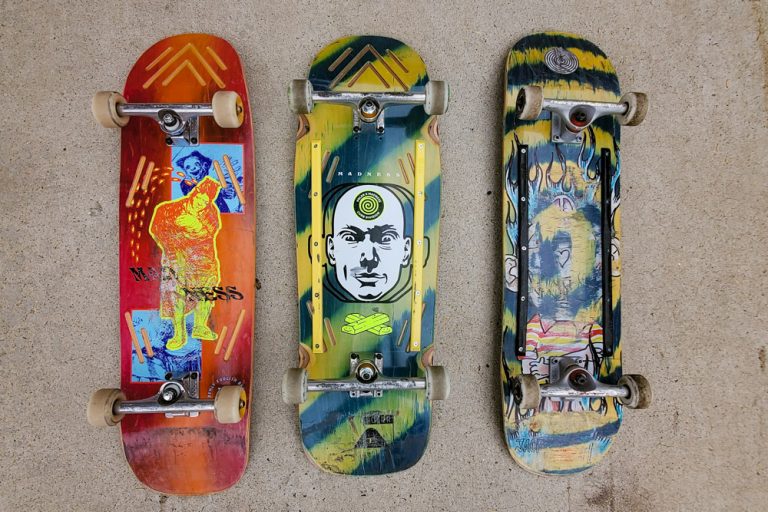 Review of Madness Skateboards, a company known for shaped decks and long wheelbases.