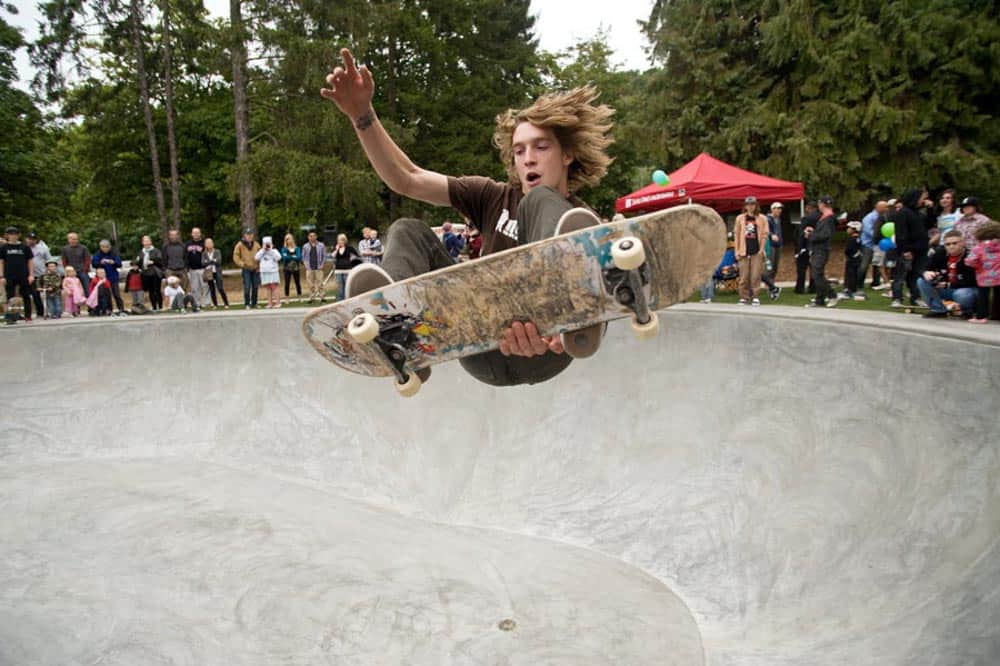 Delridge Skatepark is situated in a wooded park in North Delridge, a suburb of southwest Seattle. The skatepark is located near the West Seattle Golf Course and is within a park known as the Delridge Playfield.

The flow bowl at Delridge Skatepark has smallish transitions with tons of extensions, hips, and pockets to explore, including a volcano in the center of the round portion. The bowl has steel coping all the way around. The egg-shaped bowl is deeper and graced with pool coping.

Beyond the egg bowl and flow bowl, the park has lots of other street and transition features. Some of these back up to the bowls, while others are situated on paths that meander off into the tree-shaded park.

Delridge includes stairs, handrails, China banks, benches, manny pads, a pump bump with a gap in it, and several other cool transition features.