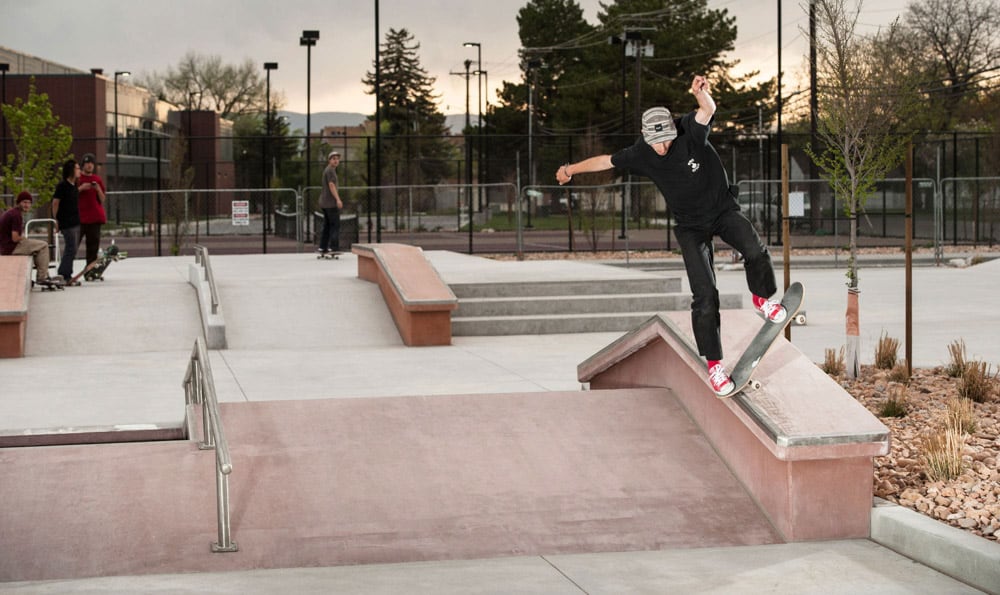 Provo Skatepark is a 24,000-square-foot outdoor concrete skatepark in Provo, Utah that first opened in 2013. The design concept of the skate plaza was to create the ultimate street-style skating experience while combining skatable artistic sculptures with trees and plant life.

Provo Skatepark, officially known as Provo Recreational Center Skatepark, was designed to blend in with the surrounding area while providing an aesthetically pleasing environment for both skaters and pedestrians.

The location of the park in Provo’s city center makes it possible for skaters to pass through on their way to work or school, and by going through the plaza, they could hit a few ledges and stair sets before continuing out the other side of the plaza to their destination.

The absence of a bowl or mini-ramp at the Provo skatepark may leave transition skaters feeling a little left out, however, for street skaters, the Provo Skate Plaza is a wonderful composition of versatile street elements like ledges, rails, and stairs. There are several quarterpipes thrown in the mix at the skate plaza at Provo, and the nearby town of Orem has a skatepark with a large bowl.

One of the highlights of the Provo skatepark is the three-stair with ledges and a handrail. The three-stair provides an excellent place for newer skaters to practice grinding and board sliding ledges and rails without the fear of a potentially serious injury.

Yes, a skater could potentially still be injured, however, falling from a three-stair is not as drastic as falling from one of the much larger stair sets that you may find scattered throughout the city.

Newer skaters then can feel free to practice their more basic grinds and tricks while veteran skaters can practice more technical trick combinations on an easier setup before taking it to a much larger stair set or longer rail.

The skatepark is open from sunrise to sunset every day of the year where skaters of all ages and skill levels can practice their tricks against the backdrop of the beautiful Utah mountainside. 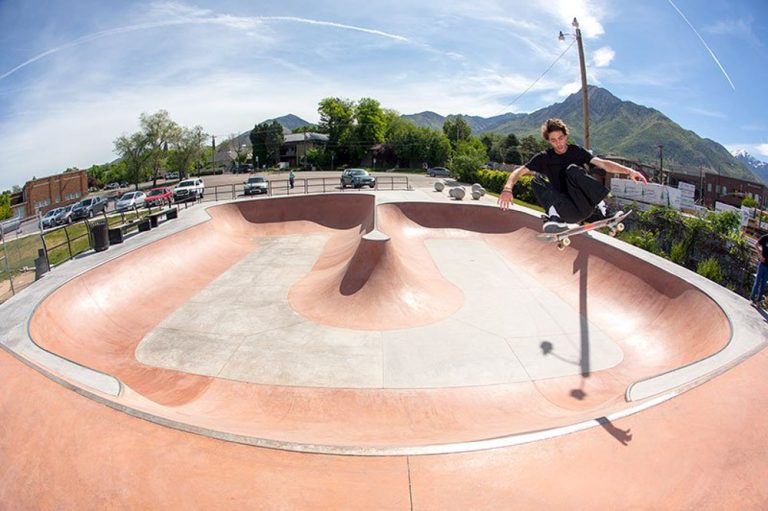 Holladay Skatepark is a 9,000 square-foot outdoor concrete skatepark in Holladay City, Utah, a town that is part of the Salt Lake City metropolitan area. 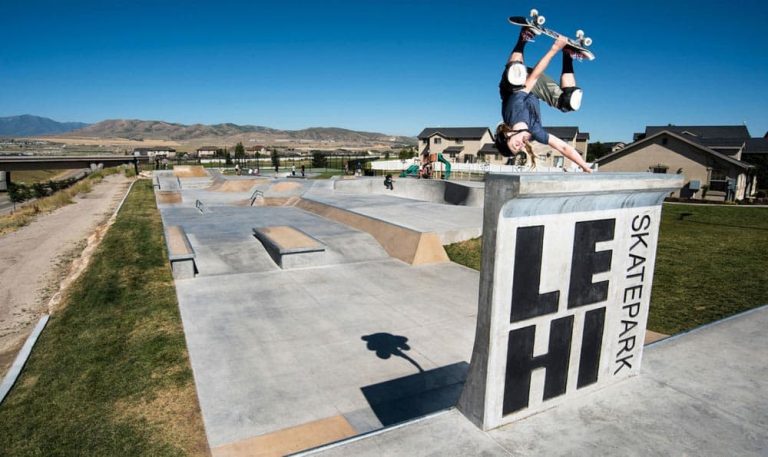 Lehi Skatepark is an 11 000-square-foot concrete outdoor skatepark in Lehi, Utah that features kilelr bowls and a big street plaza. 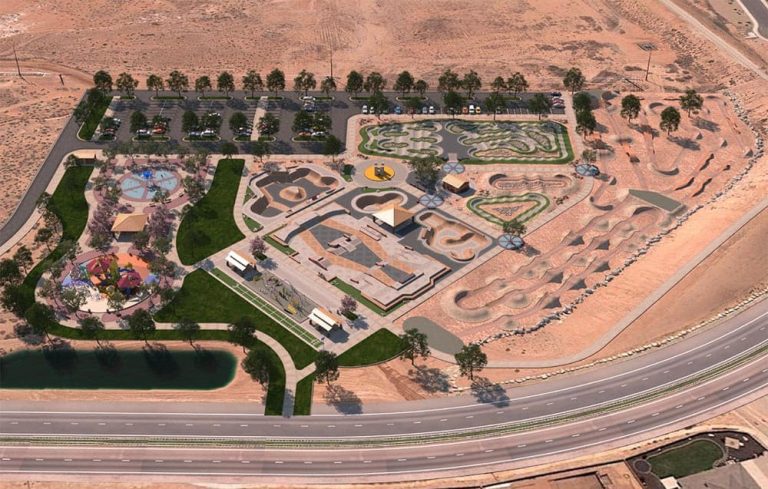 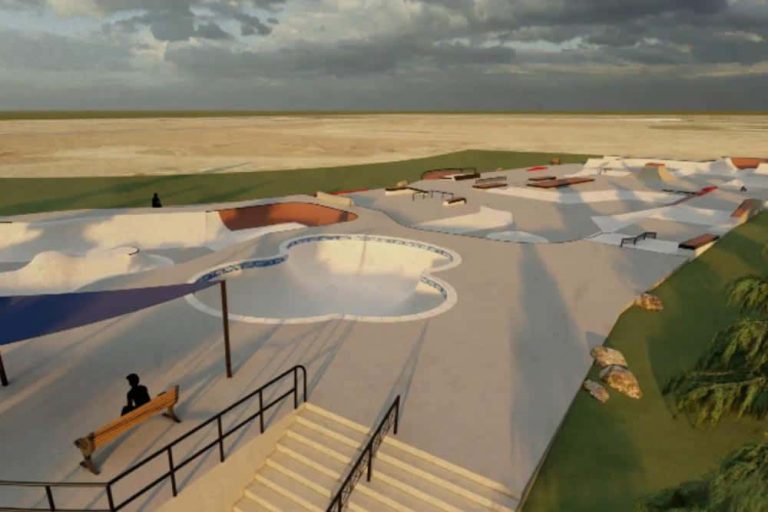 Blacksmith Fork Skatepark is a 20,000-square-foot concrete skatepark in Hyrum, Utah, that includes a backyard-pool bowl, a flow bowl, and a large mixed street and transition plaza.