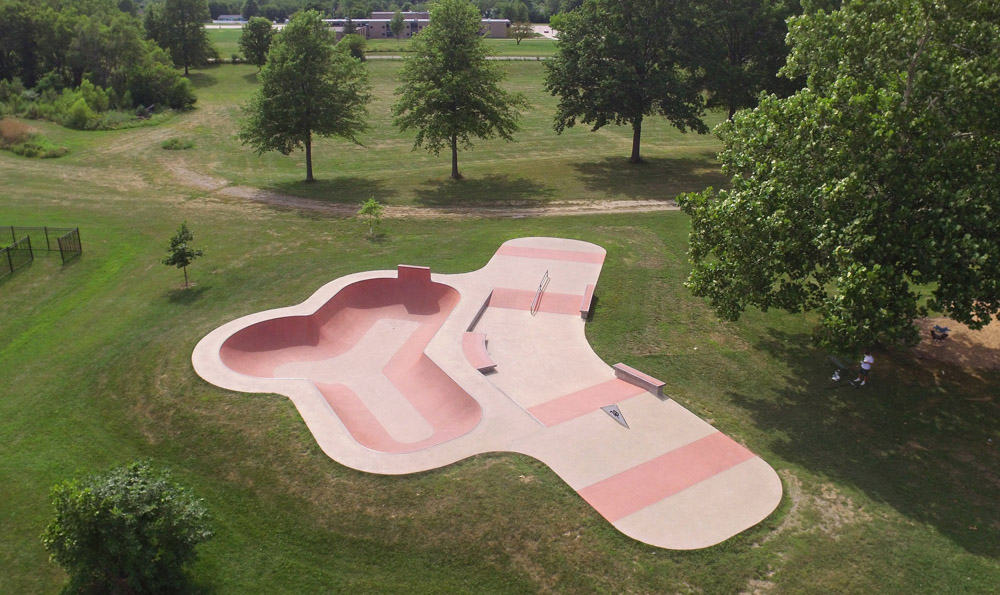 The Fairfield skatepark, officially known as OB Nelson Park Skatepark is a 4,000 square-foot outdoor concrete skatepark in Fairfield, Iowa that first opened in 2014.

While small as skateparks go, the park makes great use of the space, including a large Y-shaped multi-level waterfall bowl with an extra-high tombstone extension on one end of the bowl, and a moderately sized street section.

OB Nelson Park Skatepark is designed for both beginner and veteran skaters looking for a large bowl and some street terrain to practice board slides, grinds, and freestyle skating.

The OB Nelson Skatepark is located in the city of Fairfield, Iowa which is located about a two-hour drive southeast of Des Moines and a one-hour drive directly south of Iowa City.

The skatepark is a little on the smaller side, however, many skaters from Fairfield and the surrounding communities have been coming to the Fairfield Skatepark since it opened in 2014.

One of the main attractions of the OB Nelson Skatepark is the extra-large Y-shaped multi-level bowl with a waterfall flow feature and a tombstone vert extension. Many veteran skaters love this bowl and the photo opportunities that the tombstone extension can offer.

The street plaza consists of a few different grind rails, ledges, stairs, and a unique curved manual pad. The curved manual pad offers a place for skaters to practice their technical skills by ollying up into a nose manual and riding it out while at the same time leaning into the curve to round it out before kick-flipping off of the pad.

The rails are all of a comfortable height for most skaters regardless of skill level and age. Some younger skaters may have a little trouble, however, with enough practice, those rails will become easy in no time.

The Fairfield skatepark was built in 2014 after a one-time anonymous dotation was made to the city to construct the park.

Once the city received the funding, the Spohn Ranch design team was called in to look at the space and design a skatepark that had depth and worked within the budget that City put forward. The result was the state of the art 4,000 square foot OB Nelson Park Skatepark.

The skatepark is part of the much larger OB Nelson Park that offers many different amenities for the citizens of Fairfield and the surrounding communities.

The OB Nelson Park contains a bandstand, baseball and softball fields, a dog park, grills, picnic tables, a playground, public restrooms, and some pavilions that can be reserved. There are also some sand volleyball courts. The OB Nelson Park offers something for everyone in the family to enjoy for a Saturday or Sunday afternoon of outdoor entertainment. 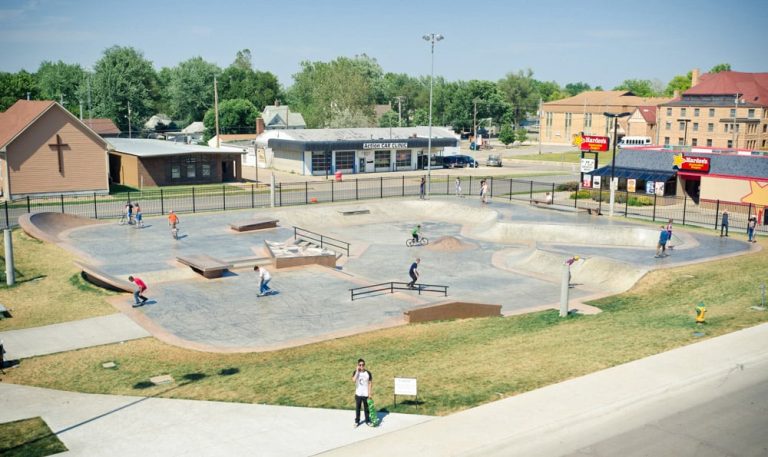 The Oskaloosa Skatepark is an 11,000-square-foot outdoor concrete skate park located in Oskaloosa, Iowa that first opened in 2011. 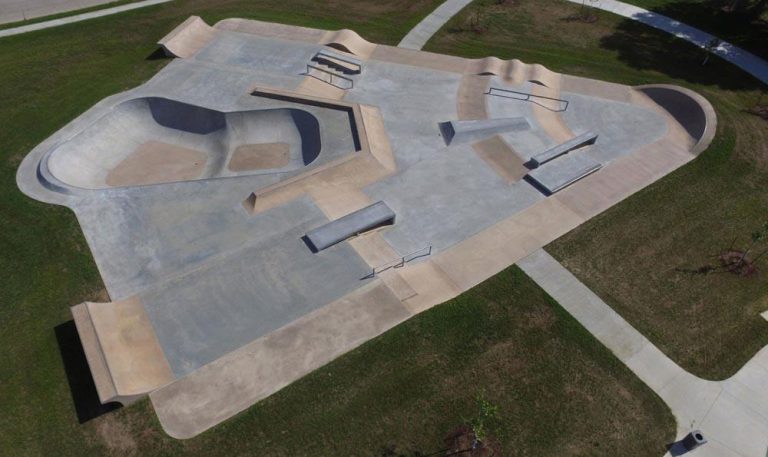 Young’s Park Skatepark is an 8,000 square-foot outdoor concrete skatepark in Knoxville, Iowa, that includes a bowl and street plaza. 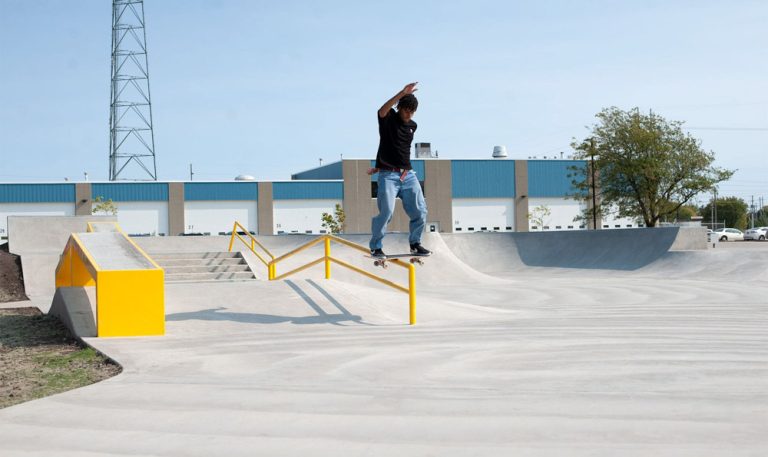 The Waterloo Skatepark, also known as Riverside Skatepark, is an 8,500-square-foot outdoor concrete skatepark in Waterloo, Iowa that first opened in 2020.