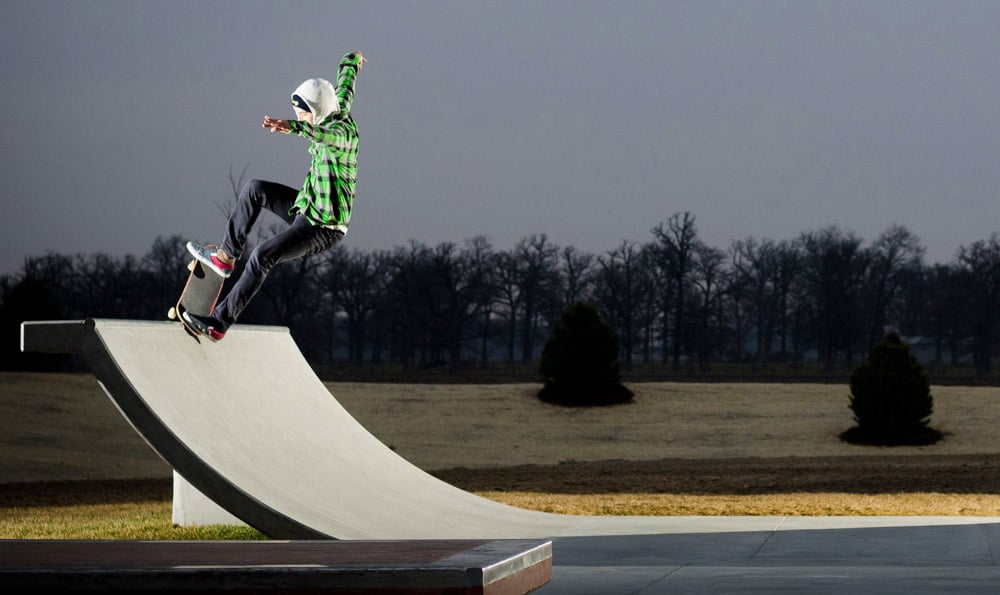 The skatepark is packed with features, including a mini-vert pipe that attracts skaters of all skill levels who are either trying to break into vert-style skating or who are looking to practice some more technical moves before hitting up a much larger vert-pipe.

Sandwich, Illinois is a small community of a little more the 7,000 people that is located about a one hour and forty-minute drive west of downtown Chicago.

When people learned that Spohn Ranch had designed and constructed a full-size 8,000 square foot professional skatepark in the town of Sandwich, people began to pack up their vehicles with their skateboards and their friends and make the trip to the skatepark from many of the surrounding communities.

The street plaza contains stairs, hubbas, handrails, kickers, benches, ledges, a quarterpipe, and several banks. The layout of the street plaza feels comfortable to skaters as they move from one end of the park to the other putting together runs that include tricks on multiple obstacles in a row.

Many skaters appreciate the mini vert-pipe as a unique feature of the Milestone Park Skatepark that not many other outdoor skateparks have in the area.

The mini vert-pipe, as well as the well-designed and constructed street plaza, attracts many skaters from neighboring towns like Somonauk, Northville, Plano, Millington, Newark, Sheridan, Baker, Leland, Franks, and Little Rock. This is why although the town of Sandwich only has little more than 7,000 people, the Milestone Park Skatepark actually serves a much larger population.

People are surprised to find out that this small community managed to have an 8,000 square food Spohn Ranch designed and constructed outdoor concrete skatepark open in 2012.

The Milestone Park Skatepark was designed for skaters at all levels and all ages. In addition to skaters, both BMX riders and in-line skaters are free to use the facility any time from dawn to dusk. Although winter skating is permitted during warmer days, the park is often covered in snow and ice for the majority of the winter season between November and April.

The park also contains a few picnic tables and a shaded pavilion to give skaters a break from the sun in the hot summer months as well as a place to sit to take a break before gathering up the energy for another run. 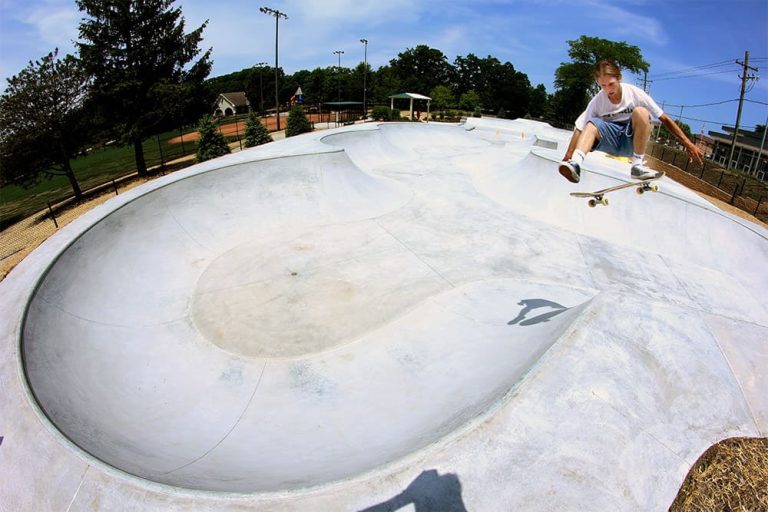