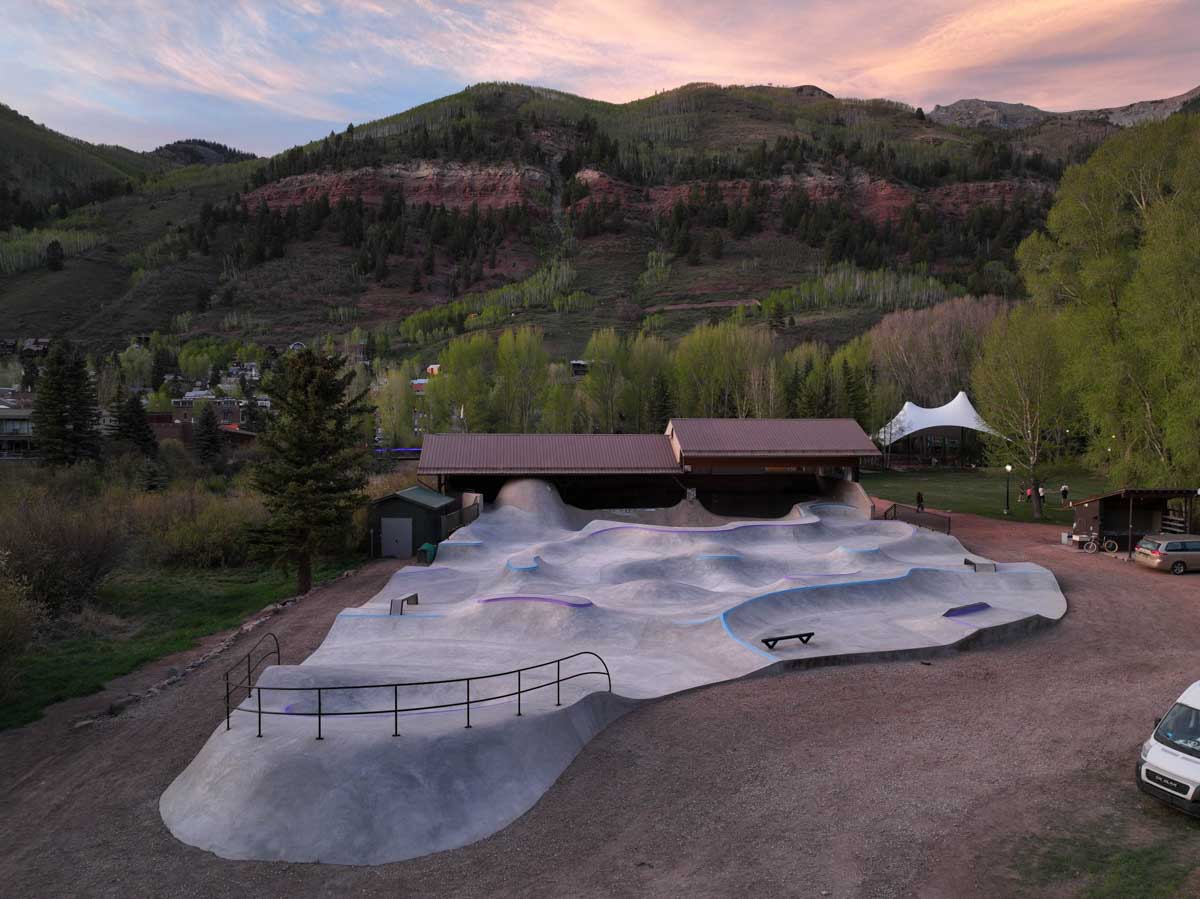 Telluride Skatepark is a 16,000-square-foot skate facility located in the mountain sports town of Telluride, Colorado, deep in the Rockies. The park, which was built in two phases, features a bowl designed and built by Grindline skateparks, and a flow bowl area designed by Evergreen Skateparks.

Telluride Skatepark is situated in downtown Telluride, a town best known for its world-class skiing and snowboard terrain. In 2005, the town paid to build a concrete skatepark in the village’s Town Park and hired Grindline Skateparks to design and build the facility.

In 2021, the town set out to expand the skatepark, eventually ponying up around $750,000 to hire Evergreen Skatepark to add one of its signature moonscape-style flow bowls to the existing Grindline Bowl.

The Grindline portion of the park is half-covered by a roof, allowing skaters to use the facility even in winter, when the town is blanketed in snow. The bowl has multiple parts, much of which has pool coping, and the standout feature is an over-vert capsule.

The section of the park built by Evergreen in 2022, looks like waves on an ocean or the surface of the moon, a standard style for the Evergreen team.

It’s a bit more beginner friendly that the somewhat intimidating Grindline bow, and you can see why the town might have wanted something less gnarly for less advanced skaters to enjoy.

In addition to the transition features and banks, the new section has some rails and hubbas. “The new skatepark will offer more user-friendly, well-rounded, and approachable terrain,” the Evergreen designers said of the new portion of the park. “This will allow for more progression and a more inviting skateboarding environment for novice users and advanced users.”

If you are visiting the park, also pay a visit to the local skateshop The Drop Boardshop. 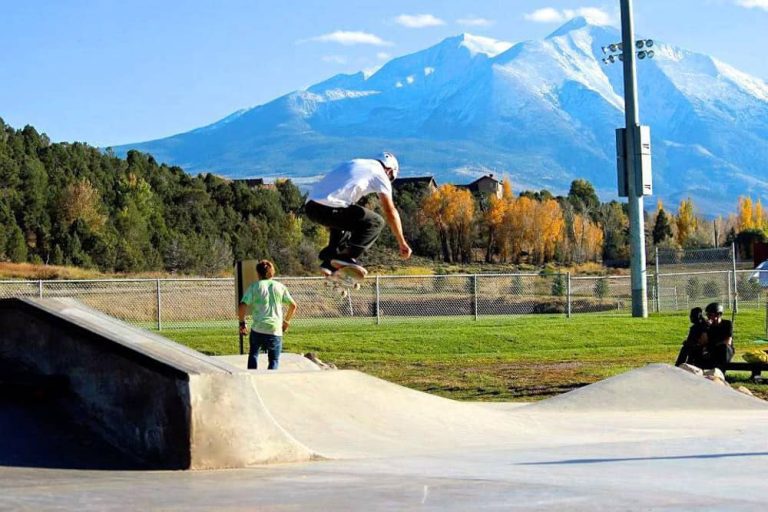 Known best for its snow sports, Colorado is also home to some of the best skateparks in the United States. 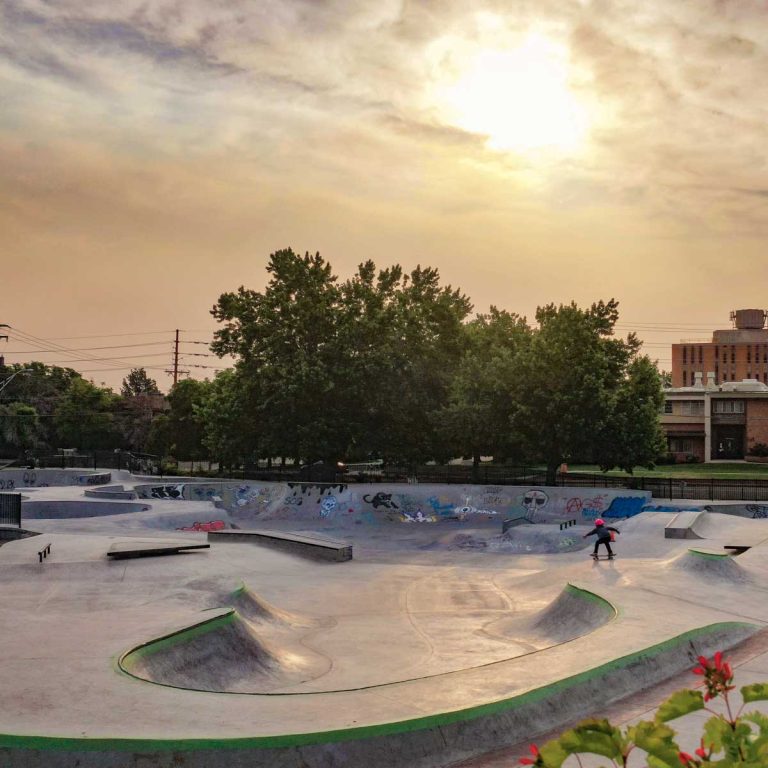 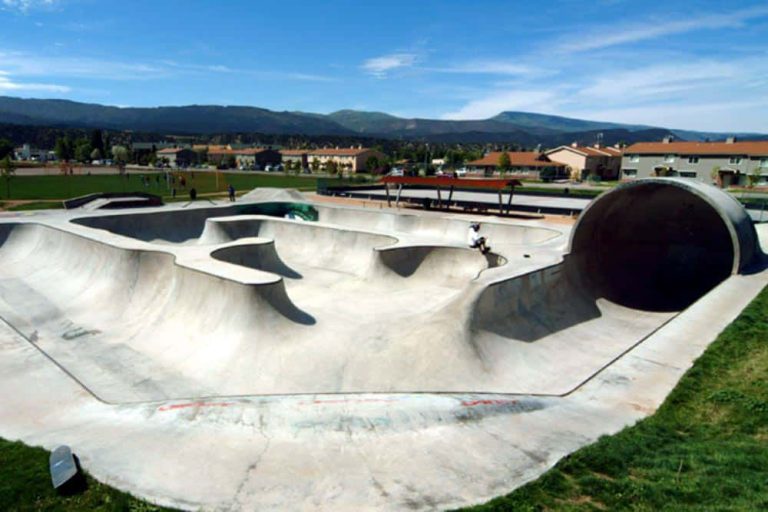 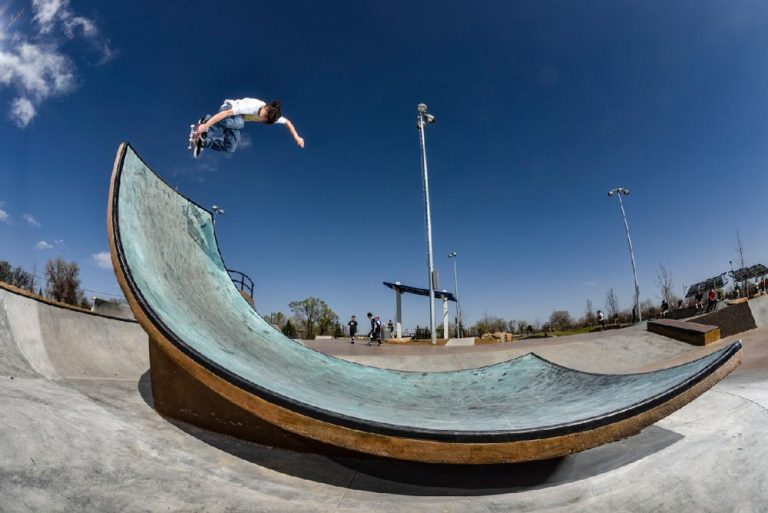 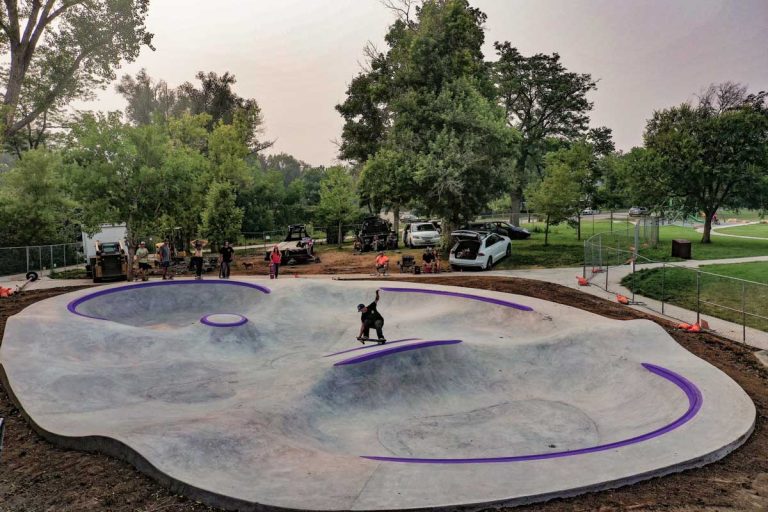 The Howard Heuston Skatepark is a 3,500-square-foot outdoor concrete skate park located in Boulder, Colorado that first opened in 2021. 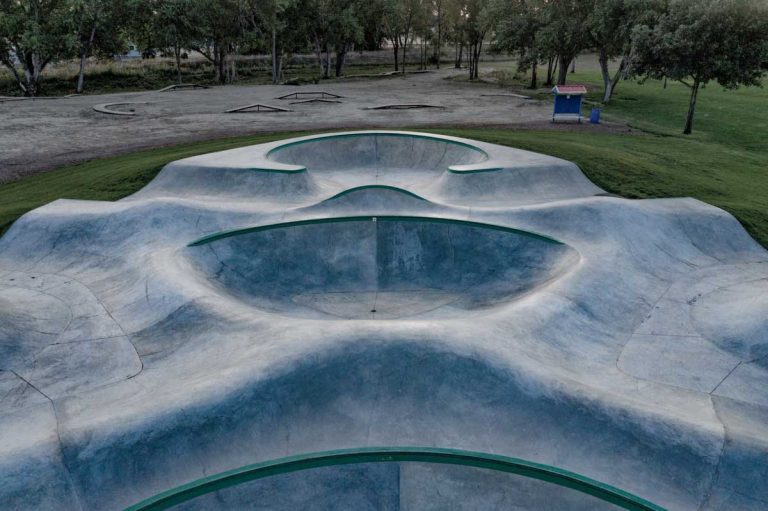