The Middletown Skatepark is a 10,000 square-foot outdoor concrete skatepark in Middletown, New York that first opened in 2017. The skatepark is packed with features that focus mainly on street-style skating.

The Middletown Skatepark is designed for children, teens, and adults with a variety of skill levels and skate styles. The park is also accessible to BMX riders, in-line skaters, and scooters.

The Middletown Skatepark in New York mainly focuses on street-style skating with some transitional skate elements mixed in.

While there is no bowl at the Middletown Skatepark, there are still many obstacles that can keep skaters entertained and practicing their skills for hours.

The street-style park terrain contains several sets of stairs and hubbas with both ledges and handrails. Build up some speed and kickflip down the stairs, grind the handrail, or tailslide the ledge of the hubba.

There is also a funbox that contains a flat rail, two ledges, and a manual pad. See if you can ollie up onto the manual pad a nose-manual the entire 15-foot platform. Or if you prefer, you can ride up onto the funbox and then front-side boardslide the flat rail and ride off into the sunset.

Two other elements that skaters tend to enjoy are the quarterpipe and the wallride. The quarterpipe allows skaters to practice their coping grinds or drop-in to gather momentum before hitting the street park.

The wallride is at a nice wide and open-angle to allow easy access for skaters looking to get creative.

The Middletown Skatepark is an unsupervised, skate at your own risk public skate facility. Therefore, it is strongly recommended that all users of the park use protective equipment like helmets, elbow pads, knee pads, and wrist guards. The city is not responsible for any injuries that occur at the park.

Any children under the age of 10 must be accompanied by a parent, guardian, or an adult who was given permission by the parents to accompany the child to the skatepark.

The Middletown Skatepark was designed and constructed by the Spohn Ranch team from Los Angeles, California. The vision of the park was to create a space for people of all ages and backgrounds to get together and practice their skating skills while creating a sense of community at the same time.

The location of the park in the heart of downtown Middletown was chosen because the park would then be close in proximity to the public library, city hall, and the police station as well as numerous restaurants and shops.

This video shows a good portion of the park being skated: 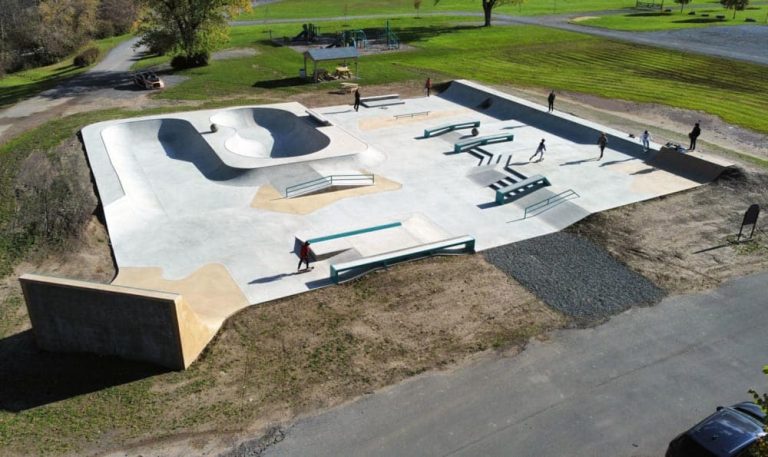 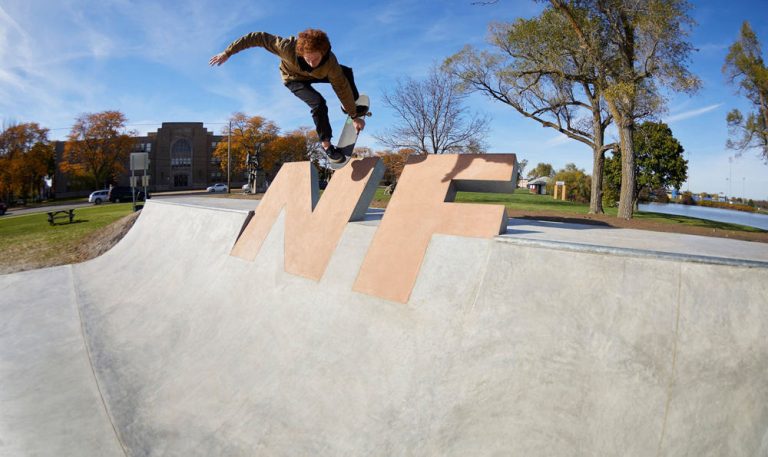 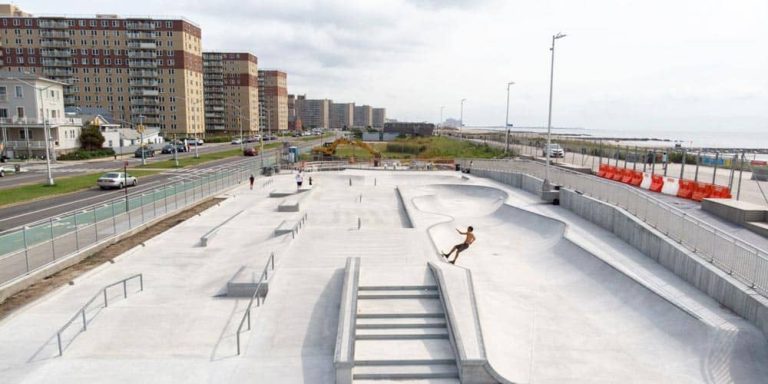