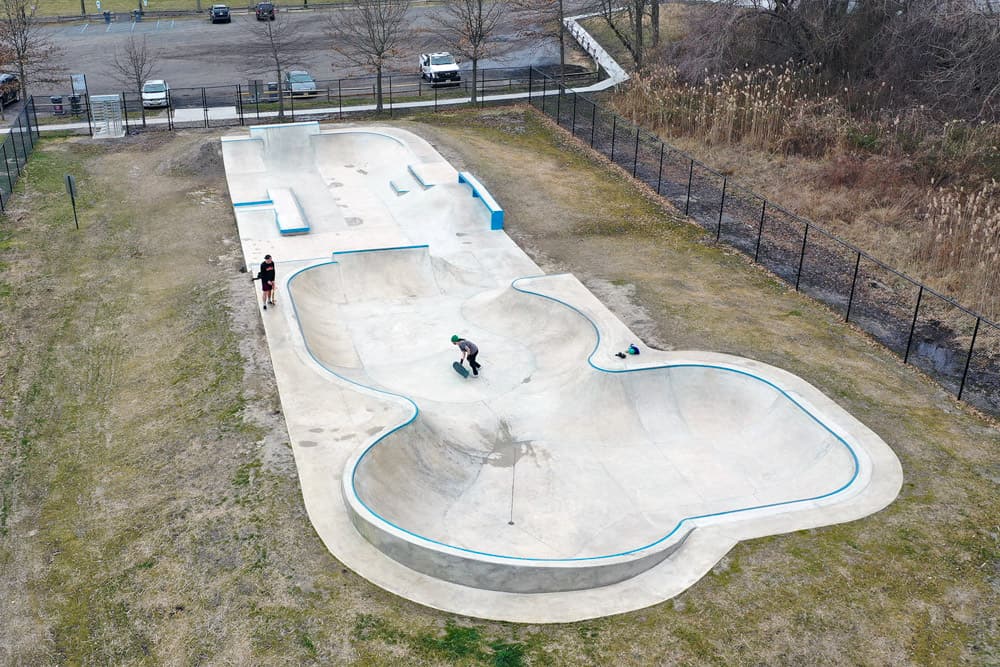 The Neptune Skatepark is a 6,000-square-foot outdoor concrete skatepark in Neptune City, New Jersey that first opened in 2019. The skatepark is located just an hour and 20-minute drive south of downtown Manhattan in New York City.

The smaller skatepark is definitely of a more creative design and layout that focuses mainly on transition-style skating with some street elements sparsely placed throughout the park. The Spohn Ranch design and construction team did a good job ensuring that the park flows easily from one end of the park to the other.

The main focus of the Neptune Skatepark is transition-style skating. The open bowl at one end of the park is the embodiment of that focus. While on the smaller side, this is one of the more fun skateparks in New Jersey. In 2022, the town commissioned Spohn Ranch to add a pump track to the park, which includes a mini-ramp in the middle.

The pathway from the large open bowl leads then to the other half of the skatepark where there is a large quarterpipe and a corner enclosing the park. In the middle of the layout, you will find four different ledges and a large kicker gap.

Although the Neptune Skatepark does not contain too many street elements, many skaters may be entertained by how the street elements are positioned in the park. One of the highlights of the street section is the large kicker gap that is directly between two quarterpipes.

Drop in on one side of the street section, hard flip over the kicker gap, plant those feet and turn around easily on the opposite quarterpipe. On the way back, veer off to the side and find a nice long low-level ledge to grind or nose slide before turning around again on the corner pipe.

The Neptune Skatepark was built adjacent to the Sunshine Village Park and cost the city roughly $360,000 to build. It is important to note that $165,000 of the total cost was covered by the Monmouth County Open Space Grant Program. The rest of the funding was provided by the city as part of the larger Sunshine Village Park  revitalization project.

The Sunshine Village Park and Neptune Skatepark are located right off Highway 18 and Palmer Avenue. The parks are located near the Atlantic Ocean and the Shark River making the skatepark part of a larger recreational area for the City of Neptune and Neptune Township. 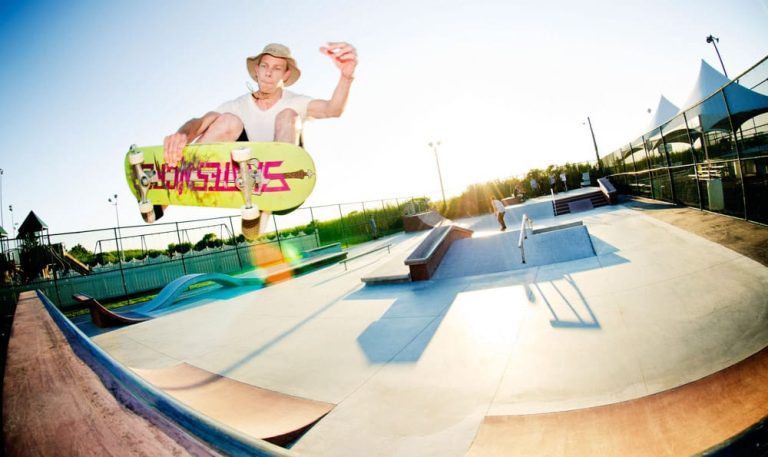 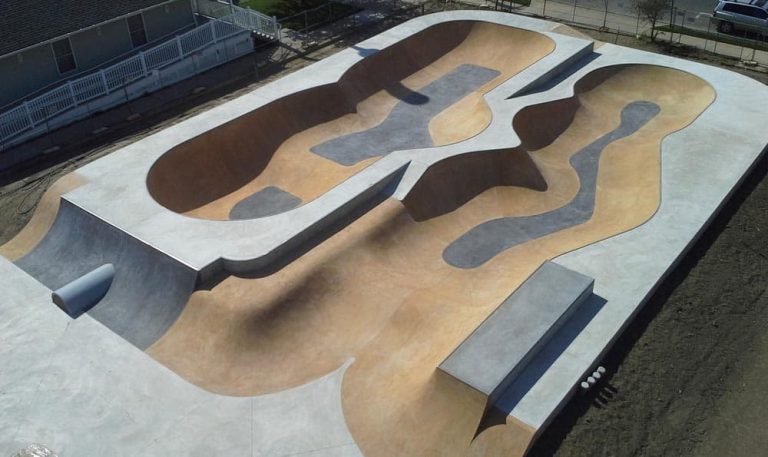 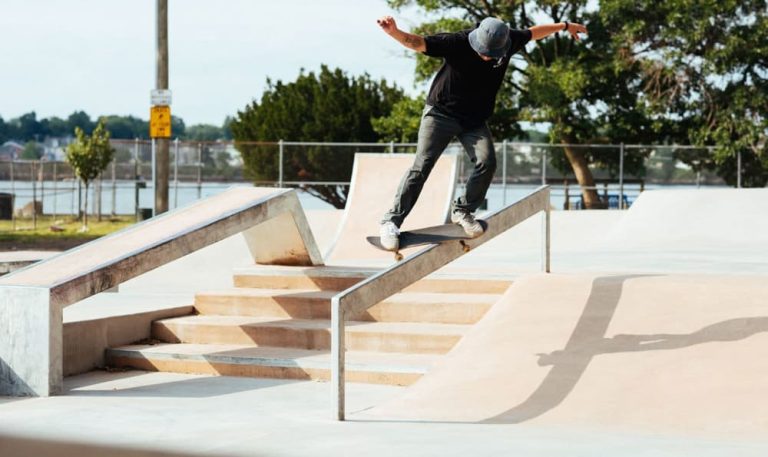 The Collins Park Skatepark is a 7,000-square-foot outdoor concrete skate park located in Bayonne, New Jersey that first opened in 2016. 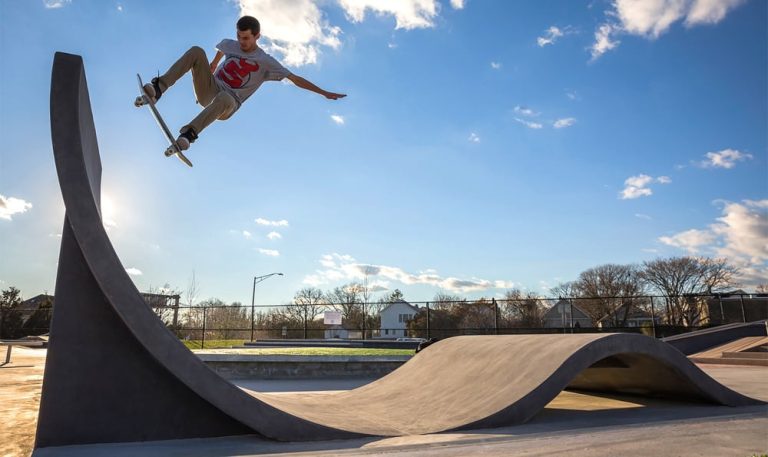 The Long Branch Skatepark, also known as the 7 Presidents Skatepark, is a 20,000 square-foot outdoor concrete skatepark in Long Branch, New Jersey that first opened in 2016.

The Toms River Skatepark, sometimes referred to as Castle Park by local skaters, is a 7,000 square-foot outdoor concrete skatepark in Toms River, New Jersey that first opened in 2021. 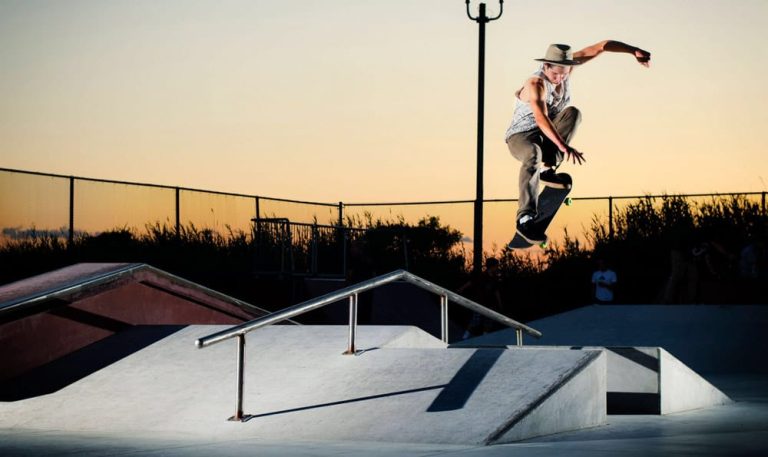 Guide to the best skateparks in New Jersey, from simple street plazas to destination parks.